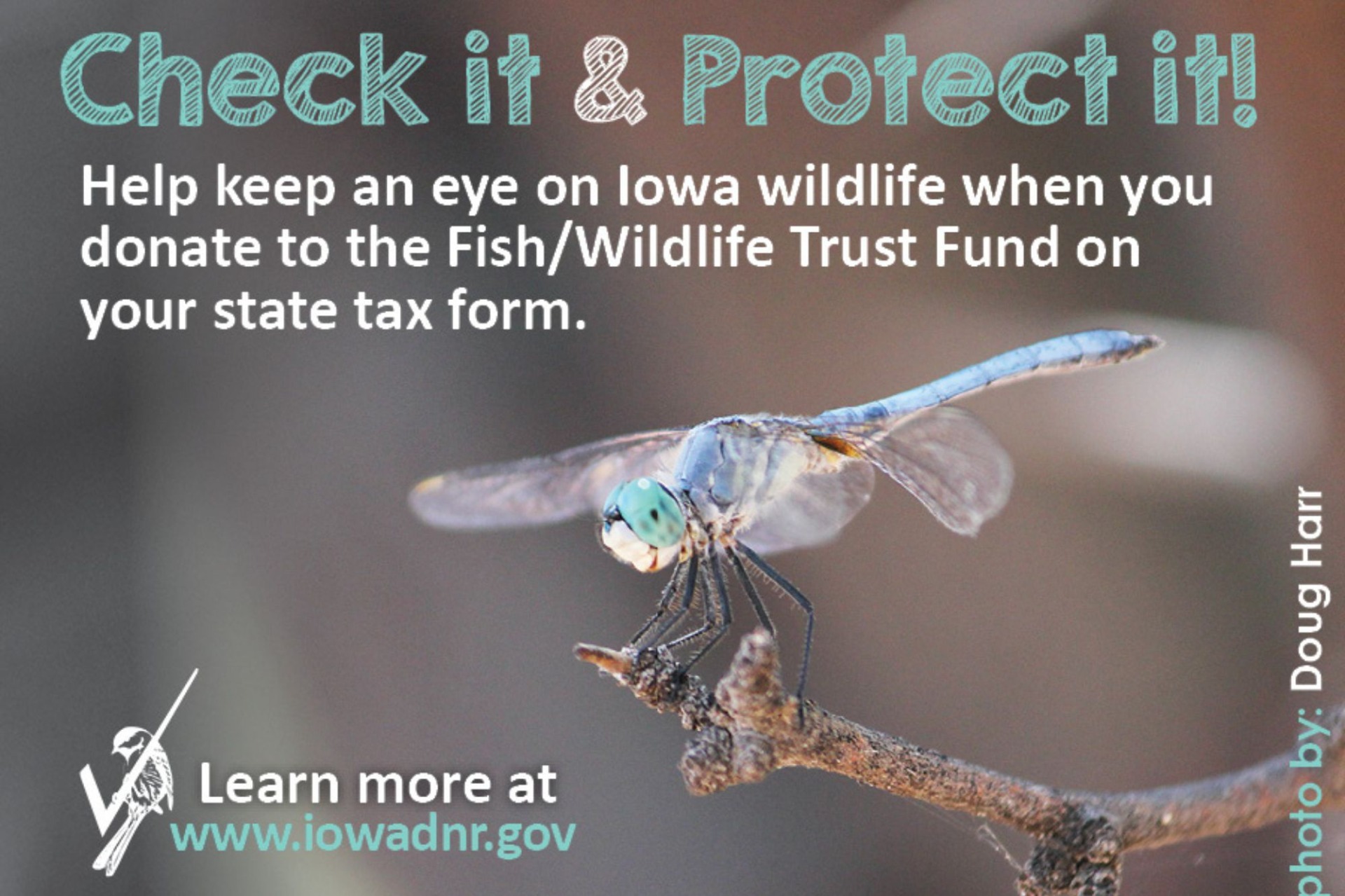 As you prepare for this tax season, be sure to include a contribution to the Fish and Wildlife Fund.

Last year, a little over 6,200 Iowa taxpayers helped boost wildlife conservation with donations to the Fish and Wildlife Fund on their state tax form. This number was almost 1,000 less than donated on 2020 tax forms and represents about 0.4 percent of total taxpayers in Iowa.

“Donations on the 2020 tax form were especially generous so it’s maybe not a surprise it declined but we’d hoped that higher level could be maintained. However, we are extremely thankful for those who donated to wildlife conservation with their tax refunds this cycle!  The funds are vital to our work on habitat development and restoration programs for some of Iowa’s most vulnerable animal species,” said Stephanie Shepherd, wildlife biologist with the Iowa Department of Natural Resources (DNR) Wildlife Diversity program.

The Fish and Wildlife Fund, commonly known as the “Chickadee Check-off,” is a mechanism the Iowa Legislature created in the 1980s for Iowans to donate to wildlife conservation on the Iowa state income tax form. Before this time, so called “non-game” wildlife had no dedicated funding.

Non-game wildlife are the 1,000-plus species such as songbirds, bald eagles, salamanders, turtles, monarchs and bees and more that make up the majority of wildlife in Iowa. The Chickadee Check-off is one of the only funding sources for the Iowa DNR’s Wildlife Diversity program, which is responsible for these species.

Funding helps to improve wildlife habit, restore native wildlife, provide opportunities for citizens to learn about Iowa’s natural resources and much more. Recent projects have been investigating the nesting success of barn owls and determining the status of the endangered rusty-patched bumblebee.

“One thing to be aware of if you’re interested in donating is that the tax check-off line is pretty inconspicuous and can be easily missed. Be sure to remind your tax preparer that they have a client that wants to donate,” said Shepherd.

Once located, donating is easy: simply write the amount to donate next to the Fish and Wildlife Check-Off, line 57 on Form 1040, and the sum is either automatically deducted from the refund or added to the amount owed.

“If every Iowa taxpayer donated just $1, it would mean $1.6 million for wildlife and nature conservation,” Shepherd said.

New this year, if hopeful donors miss donating on the tax form, they can still make a donation to the non-game program on the web at https://programs.iowadnr.gov/donations.